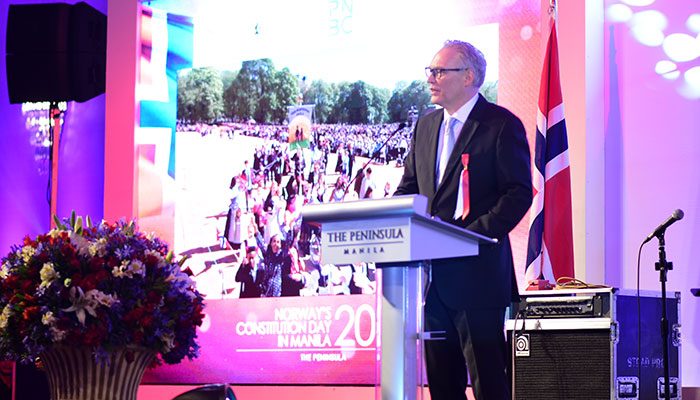 Last May 18, 2018, members and guests of the Philippines Norway Business Council (PNBC) once again gathered at The Peninsula Manila’s Rigodon Ballroom in Makati City to honor Norway’s Constitution Day. The usual pre-event cocktails was held at the hotel’s mezzanine recital hall where people exchanged greetings and pleasantries.

The occasion was hosted by PNBC’s Board Director Rodolfo T. Azanza, Jr., who also gave a message  in behalf of the Council. Norwegian Ambassador H.E. Erik Forner gave the welcome remarks. He also introduced the Guest of Honor, Presidential Adviser for Peace Process, Secretary  Jesus Dureza, who shared some interesting insights.

The members and guests enjoyed the gustatory delight that was dubbed as 4 Courses – Tastes of Norway, while selected songs composed by Norwegian artists pervaded the air, as personally and masterfully mixed by PNBC Public Relations Officer, Jan Andre’ Heggem.

As a surprise guest, Norwegian singer and songwriter, Smiley, serenaded the audience with his repertoire of Norwegian songs and got the crowd going!

The band, Silk, took over the stage as the evening progressed into a night of dancing.

It was a great celebration of Norway’s Constitution Day! 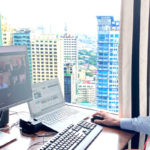 2020 PNBC Board of Directors

The first PNBC networking luncheon in 2020